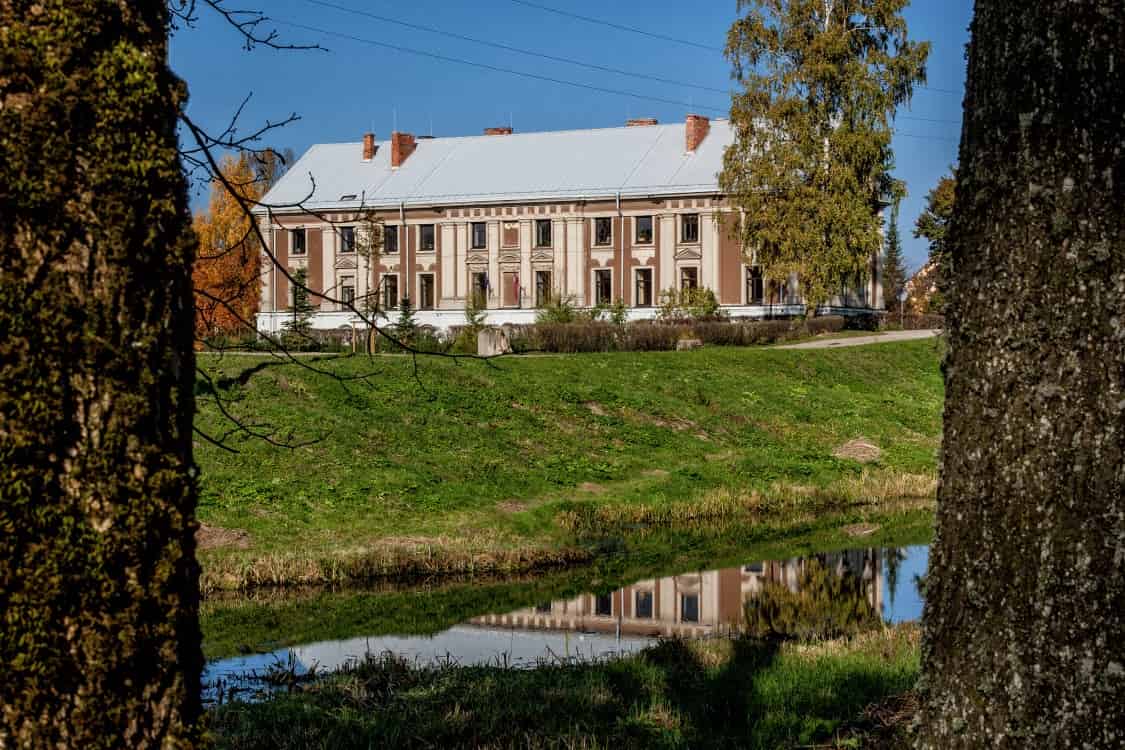 prev
next
View the embedded image gallery online at:
https://visit.jelgava.lv/en/sightseeing/castles-and-manors/item/85-vircavas-muiza#sigProId15b4525c72

The manor house complex was built during 17th-19th century as a symmetrical ensemble of Baroque style. It was the favoured country residence for he last Duke of Courland - Peter von Biron.

Although, the manor was devastated in 1919, there are buildings in the manor complex that we can see today. The chevalier's house is currently a school, the barn-manège is People's House today and there are other outbuildings: the stone kitchen building, the manor manager's house and the granary. There is a picturesque park that was formed in the 19th century with a beautiful  water parterre in the middle. The site is famous for the oak tree planted in 1937 by the President, Kārlis Ulmanis.

This email address is being protected from spambots. You need JavaScript enabled to view it.,
Working hours - please call