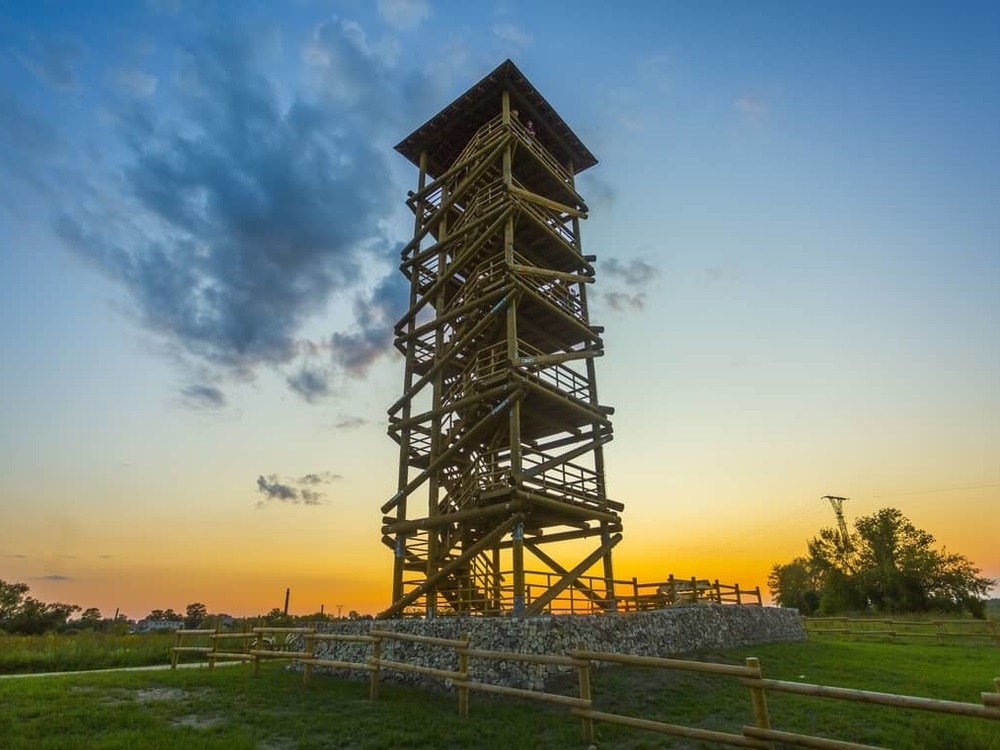 Viewing tower on the Palace Island

A wooden viewing tower with a well-equipped picnic place in Jelgava, Palace Island, was formed in the summer of 2018. It is intended for observation of the wild horses, birds, two rivers and city panorama in the floodland meadows of the river Lielupe, which is a protected nature territory. Read more

Viewing tower on the Palace Island

A wooden viewing tower with a well-equipped picnic place in Jelgava, Palace Island, was formed in the summer of 2018. It is intended for observation of the wild horses, birds, two rivers and city panorama in the floodland meadows of the river Lielupe, which is a protected nature territory. Read more 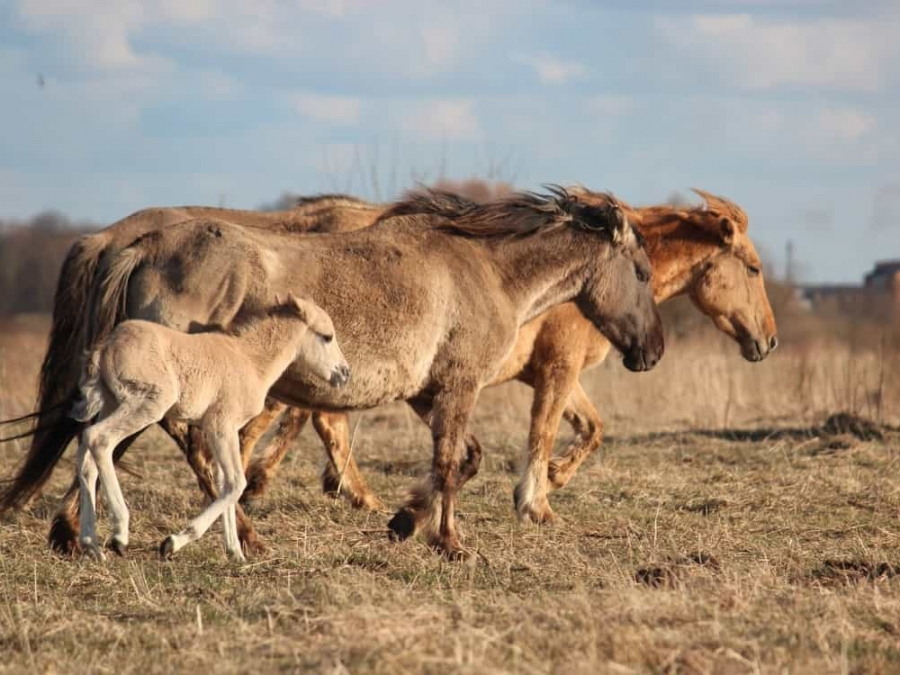 There are floodland meadows on the island behind Jelgava Palace: more than 50 wild horses are grazing there. These meadows are listed as a Natura 2000 site, a part of the European specially protected nature territory, due to the diversity of rare bird and plant species. Read more 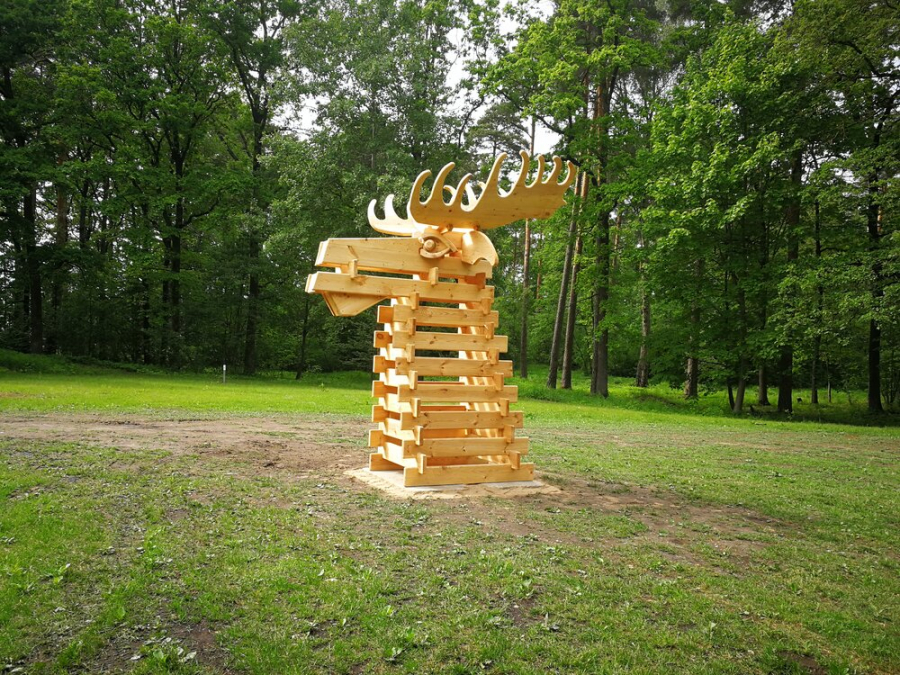 Take a walk in the forest and enjoy a quite time in nature. Langervalde Forest used to be a popular place among the locals, and now it is slowly being brought back to life with a network of paths perfect for walking, jogging or biking. The forest is maintained and also serves as a tree research sit... Read more 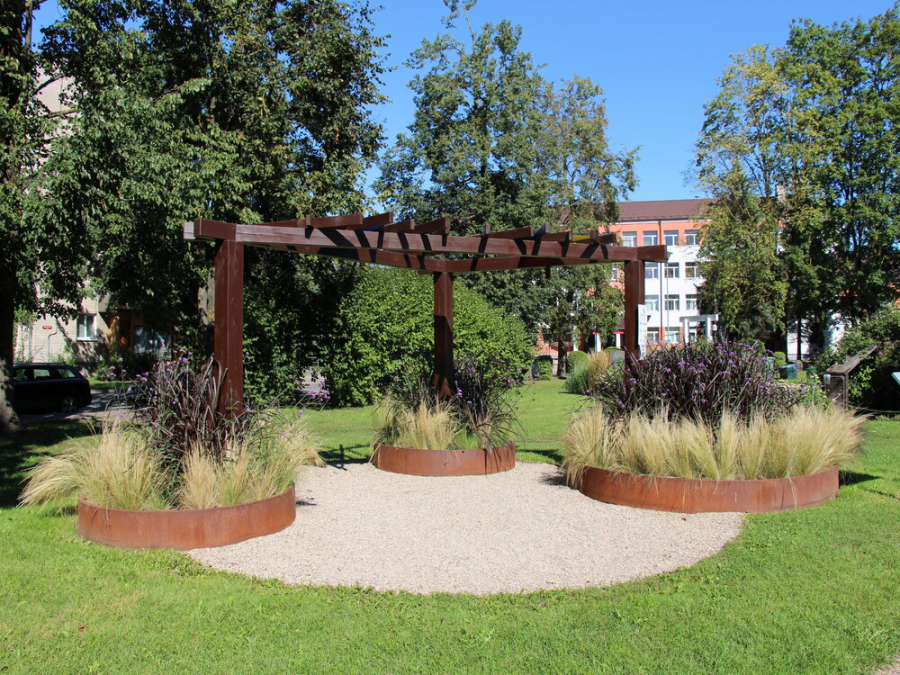 In the square behind Jelgava Culture House, everyone is welcome to visit design gardens that were created by professional landscape architects during the contest “Environmental Mosaic” launched by Jelgava city municipality. Read more 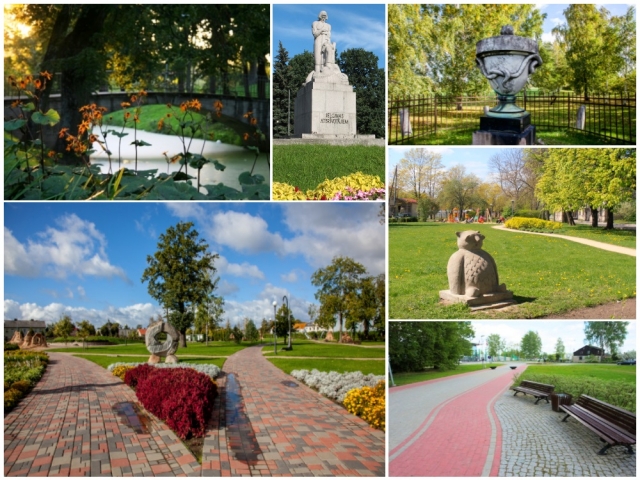 Jelgava Palace Park The creation of the park begun 1817, replacing the former castle ruins. The palace island has romantic canals, bridges and palace buildings, and the Governor's Island makes it one of the most beautiful parks in Jelgava. There are also several noble trees in the park - two chestnu... Read more 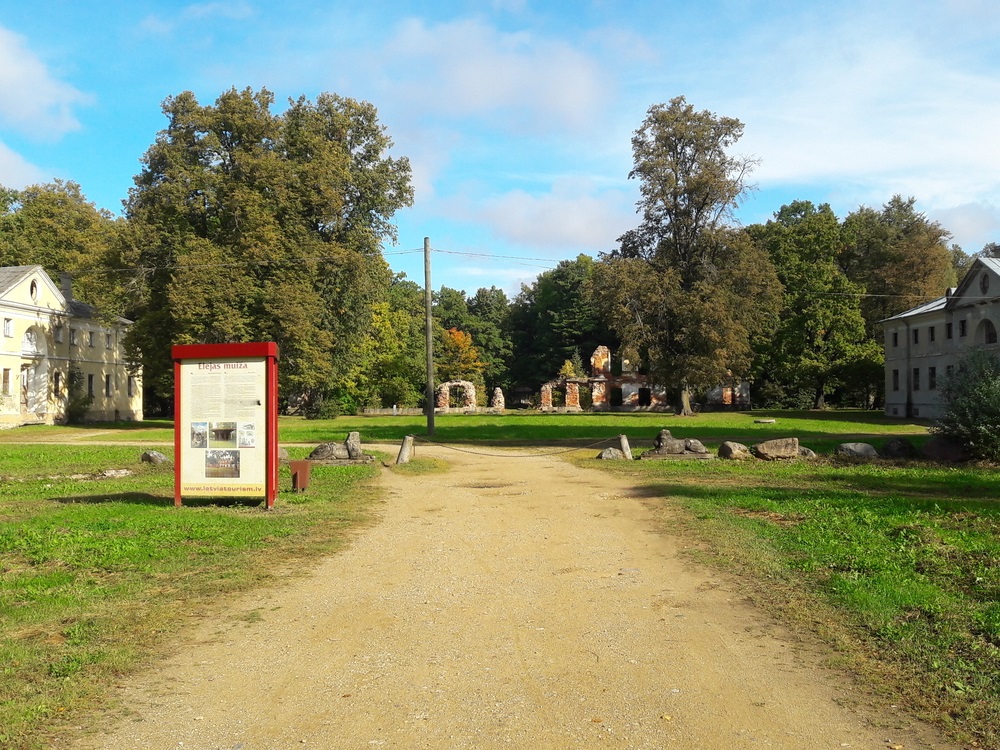 Eleja Manor Park is situated in the border area of ​​Lithuania and extends over 17 hectares. It is a place for leisurely walks among beautiful old trees – witnesses of the history, legends and secrets of the manor and the park. One of such legends surrounds the last countess of Eleja Manor and her t... Read more The Barona trail of Vilce Nature Park has been included in the project "Natura 2000". The nature park is a great place to spend time outdoors, walking, taking in the scenery, enjoying the wildlife - seeing animals and animal footprints. Read more 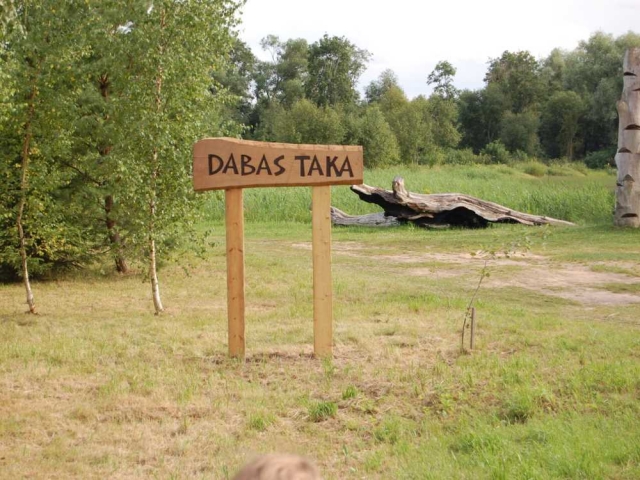 The nature trail along the bank of the river Auce is 1.5 km long. Here you can stop for a picnic and enjoy swimming. The trail incldes a watchtower that provides good view for bird watchers. It is an excellent choice for fishing. Read more 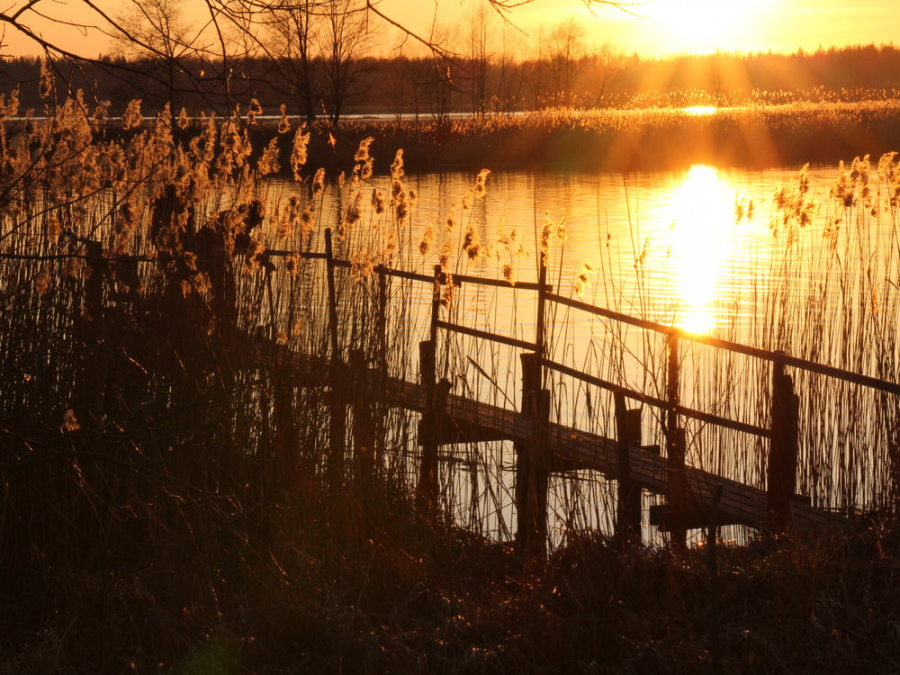 The Svēte Floodplains Nature Park was established in 2004 within the framework of Natura 2000 to ensure conservation of rare and specially protected wild birds, plant species and habitat. Read more 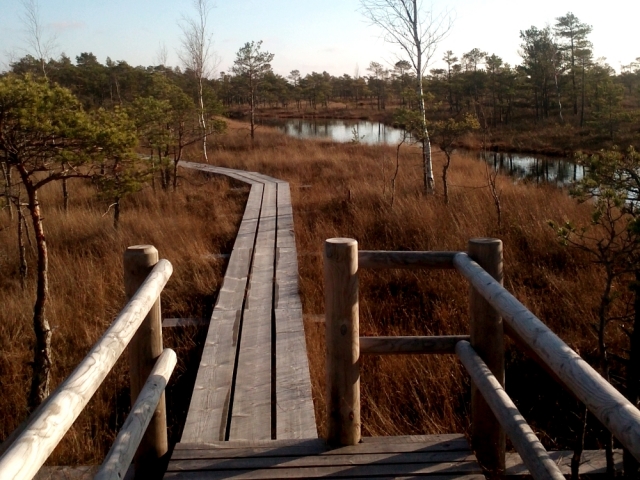 The Kemeri National Park (KNP) was established in 1997, primarily for the purpose of preserving the natural and cultural values. In 2004, KNP was included in NATURA 2000 - a European network of protected areas. Read more 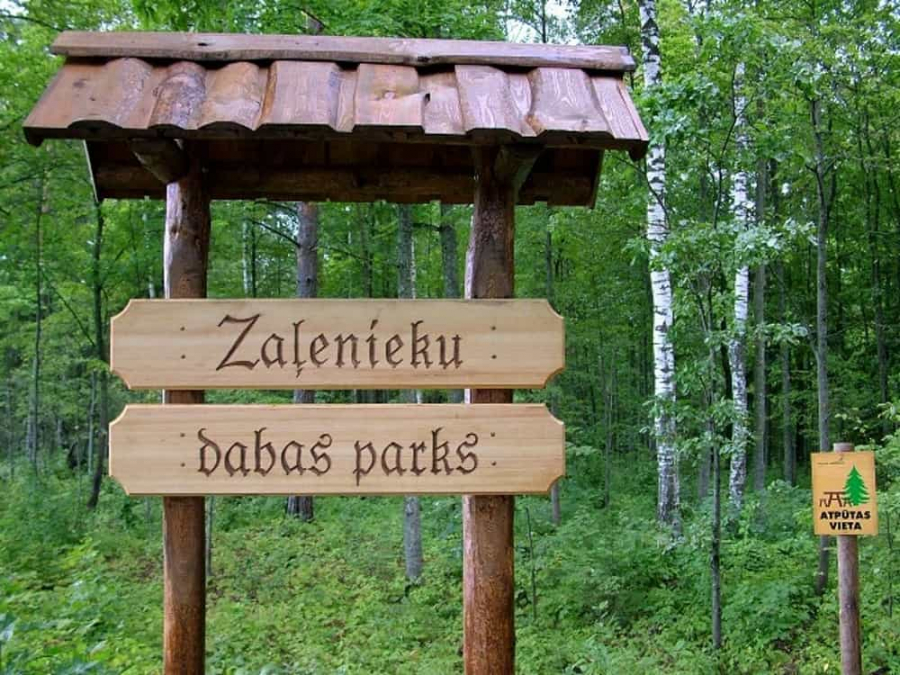 Come and enjoy the walking trails through Zaļenieki Manor park, that have been supplemented with information stands. While having a break in nature, learn about some of our unusual trees and some very old and noble trees of the park. Read more 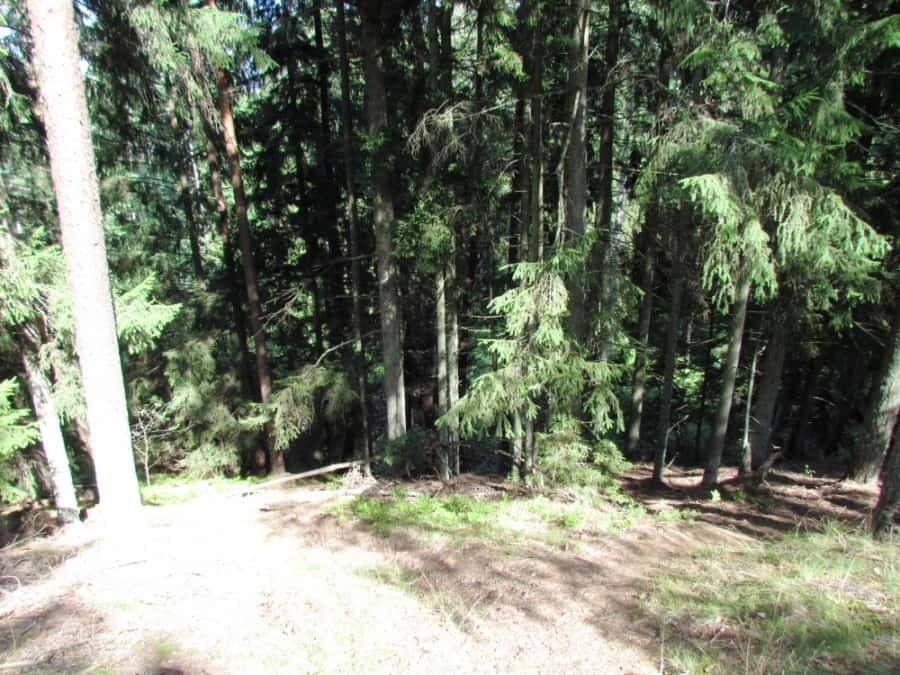 Krāču Hills (Krāču Kalni) are one of the biggest dunes of the ancient Littorina Sea. The highest part of this mound is situated 29 m above the sea level and 26 m above the surrounding plains. The Littorina Sea was the predecessor of the current Baltic Sea; it existed about 7000 – 5000 years ago. Read more