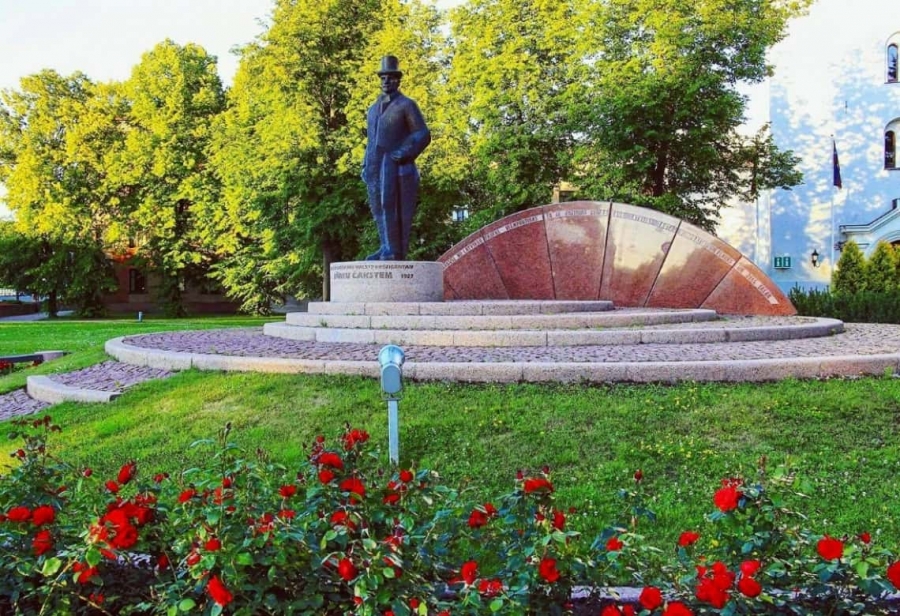 The monument to Jānis Čakste, the first President of the Republic of Latvia. It is next to the Tower of the Holy Trinity Church. It was unveiled on November 14, 2003; the author - sculptor Arta Dumpe. Read more 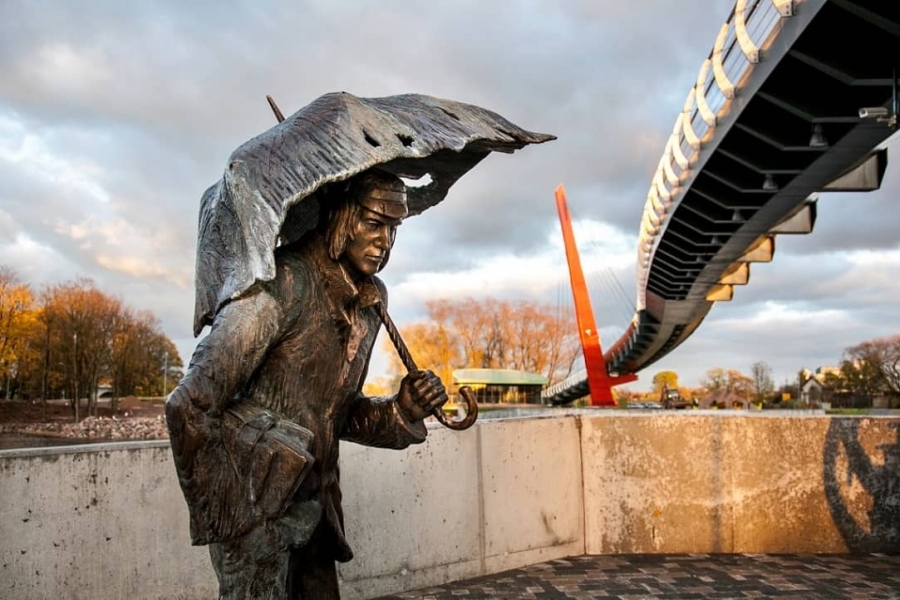 The statue - fountain Student of Jelgava

The statue - fountain Student of Jelgava (by sculptor Kārlis Īle) was unveiled on September 2, 2013 by Mītava Bridge. The 2.25-meter high sculpture is made of bronze and weighs about 450 kg. Jelgava has a long history of being a student city and the sculpture portrays the image of the student of Jel... Read more

The statue - fountain Student of Jelgava

The statue - fountain Student of Jelgava (by sculptor Kārlis Īle) was unveiled on September 2, 2013 by Mītava Bridge. The 2.25-meter high sculpture is made of bronze and weighs about 450 kg. Jelgava has a long history of being a student city and the sculpture portrays the image of the student of Jel... Read more 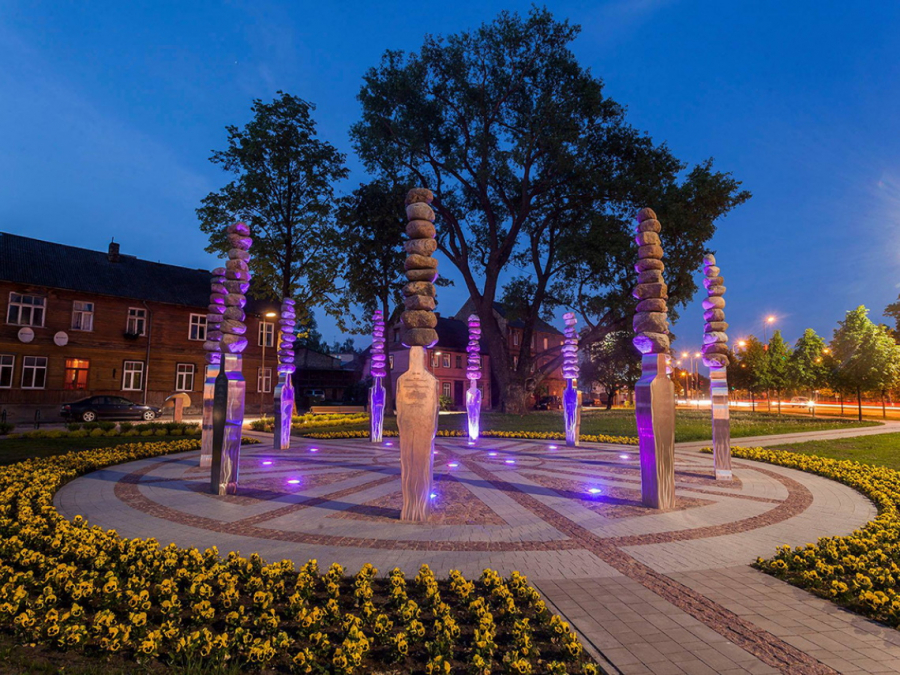 The environment object The Wheel of Time 100 ("Laika rats 100") created by the sculptor Kārlis Īle is dedicated to the centenary of the statehood of Latvia and was opened on 4 May 2018. Read more 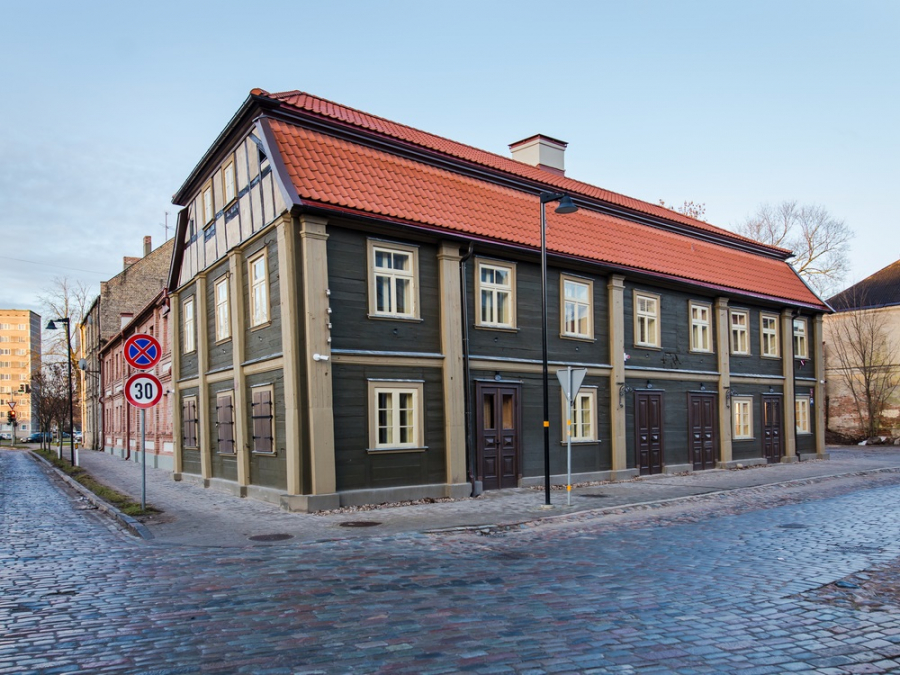 Jelgava Old Town is the oldest part of the city where remains of the old wooden buildings have been preserved. The district was developed in the 18th and 19th century, and escaped the destruction during World War II. This part of Jelgava has a special atmosphere of the former times. One can enjoy a... Read more 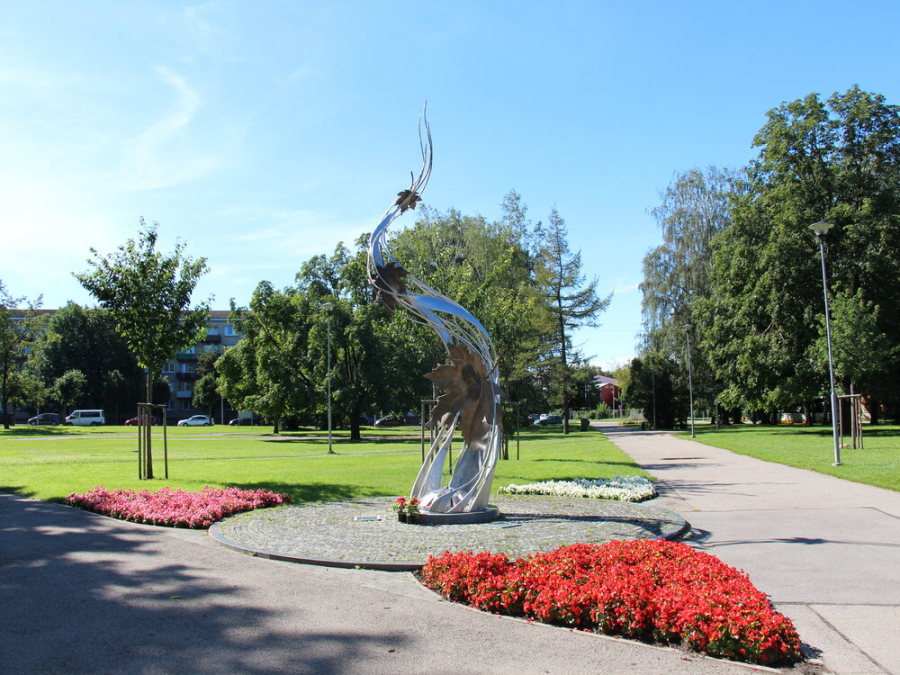 Memorial sign in honor of the singer Nora Bumbiere

In the square behind the Jelgava Culture House, a 6.2 meters high statue dedicated Nora Bumbiere - a singer with outstanding voice. The sculptor K. Īle has brought together two songs by Nora Bumbiere - the Song about the last leaf and the Mute song. Read more 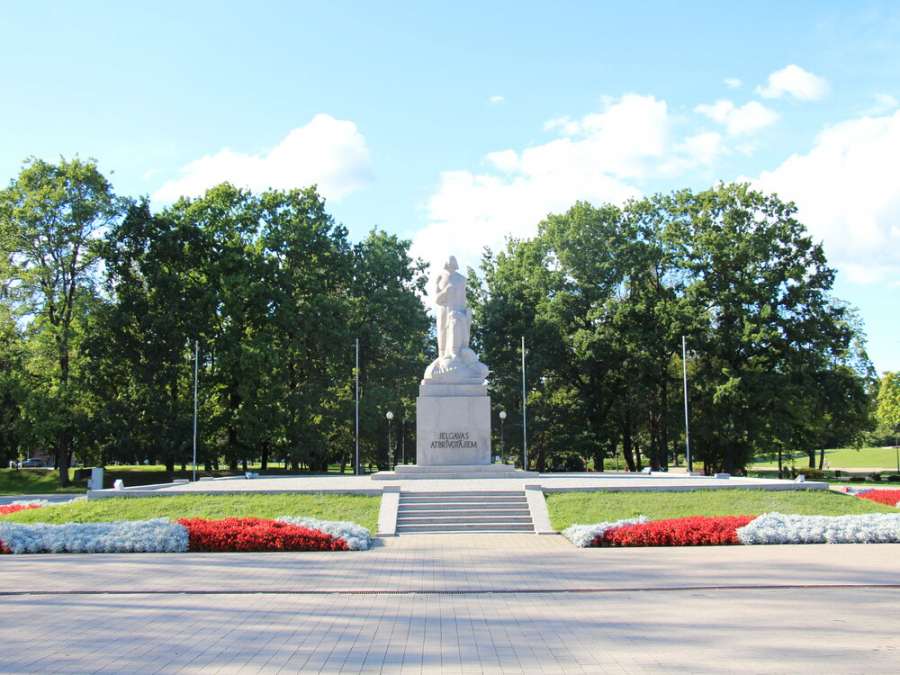 Monument to the Liberators of Jelgava - Lāčplēsis

The monument, which is situated in the Station Square, was unveiled on November 21, 1992. The author of the monument is sculptor Andrejs Jansons who restored the monument Bear-slayer (Lāčplēsis) and the Dark Knight created by his father Kārlis Jansons in 1932 by support of public donations. Read more 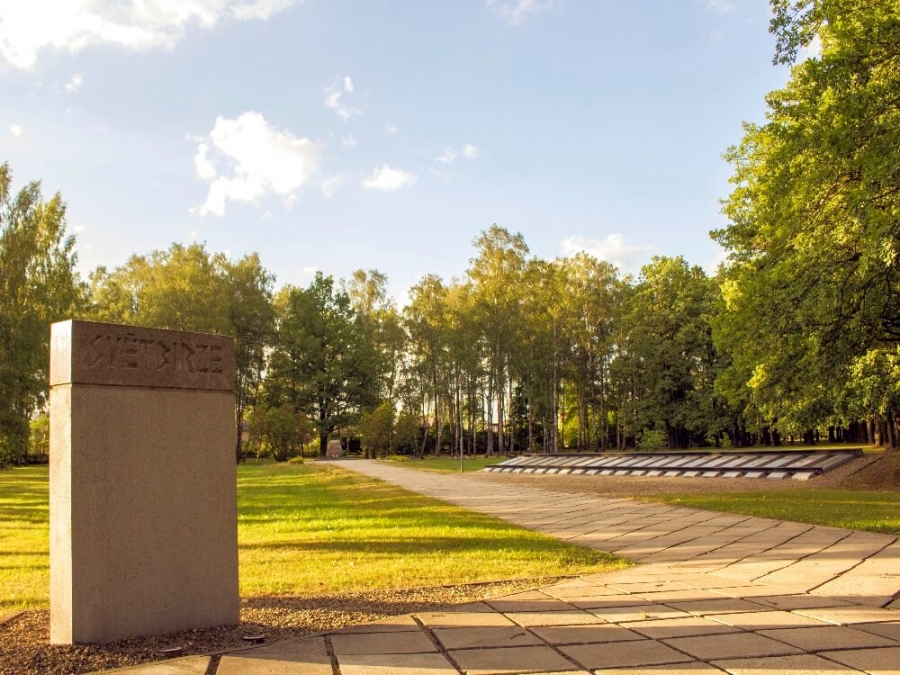 The commemorative site was unveiled on June 14, 1989, to remember those citizens of Jelgava who suffered or died during the Soviet genocide against the Latvian people. Read more 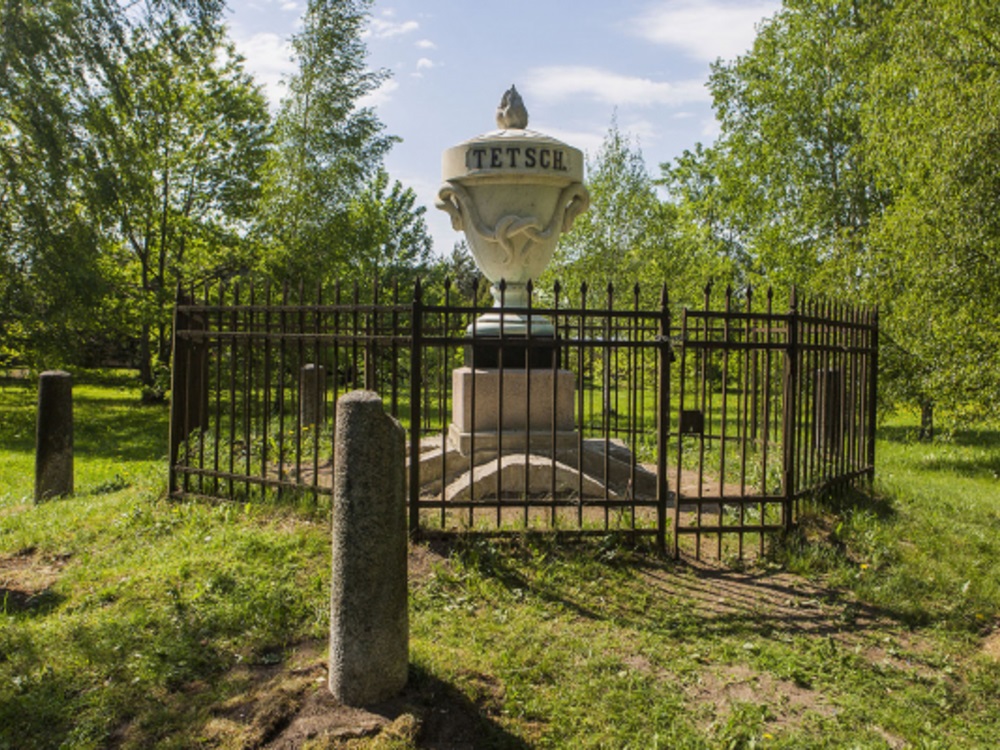 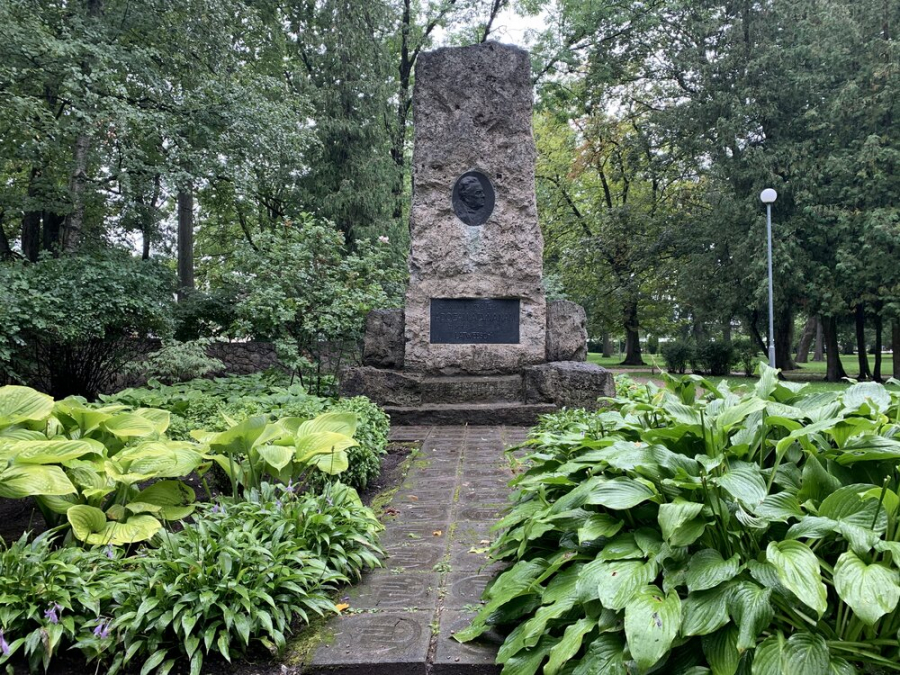 The monument is devoted to the founder of the Latvian theatre, Ādolfs Alunāns, was was buried in Alunāns park, the former Jāņa cemetery. Read more 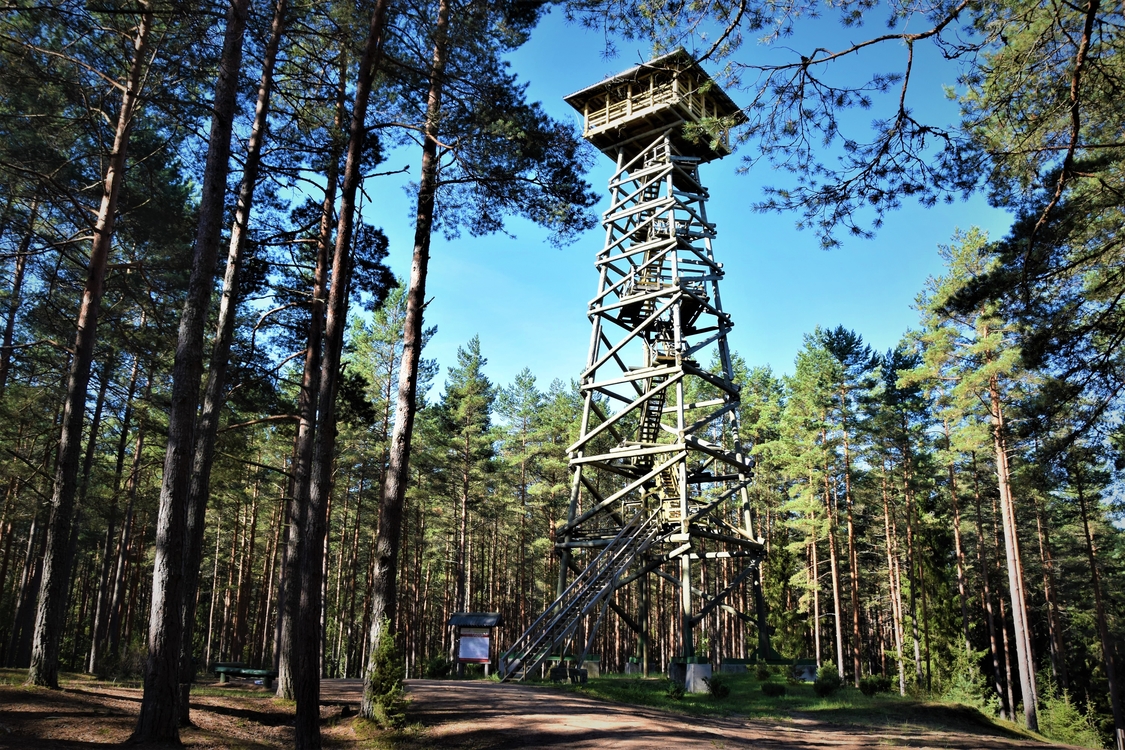 The area of Ložmetējkalns (Machine Gun Hill) is unique because it is full of the evidence from the World War I and the Christmas battles. Today Ložmetējkalns has become a symbol of heroism and it serves as a memorial to the Latvian Riflemen. Every year, at the beginning of January, memorial events... Read more 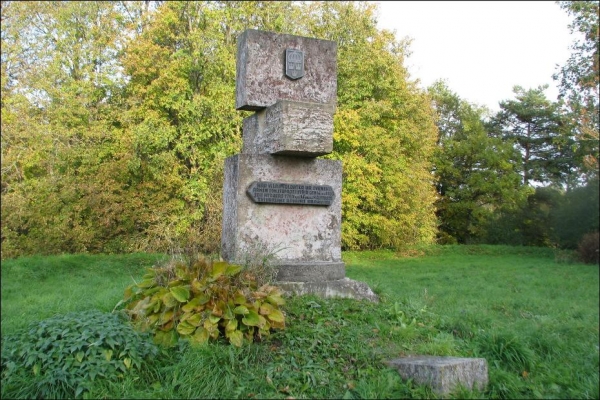 Monument for the fallen Swedish soldiers in the Battle of 1705

The monument at the burial place for the Swedish soldiers that lost their lives in the Battle of 1705 was unveiled on October 1, 1991 by sculptor Mārtiņš Zaurs. The monument has been designed in such a way that it forms the shape of a cross from every angle, even from the top. The specific placemen... Read more 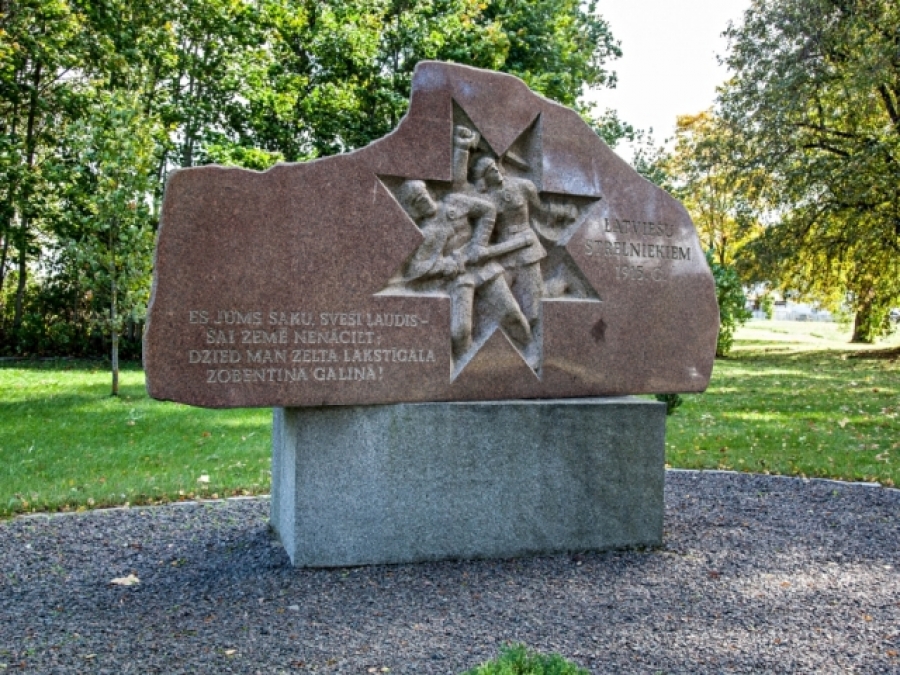 Monument to the Liberators of Jelgava

The monument to Daugavgrīva Guardsmen was unveiled in 1991 at Svēte School for their bravery in stopping German attack on Jelgava. Read more 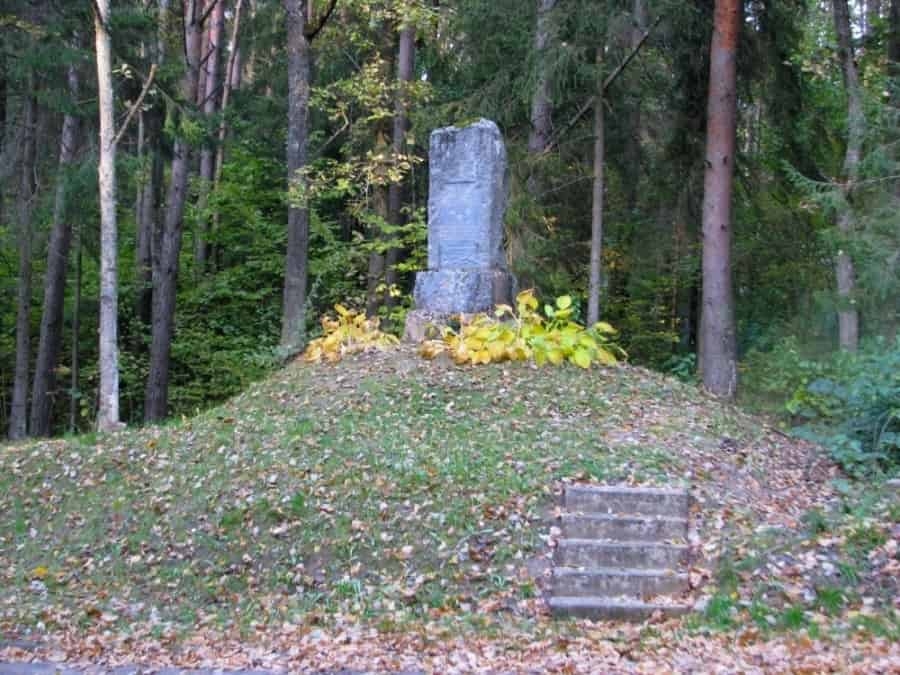 Monument to Commemorate Mūrmuiža Battle of 1705

In 1935, Latvian government together with the Swedish unveiled the monument by sculptor Pēteris Ārendts with the inscription in Latvian and Swedish at the place of the Mūrmuiža Battle: "On July 16, 1705, the Swedish soldiers, led by Adam Ludwig Levenhaup, won a stronger enemy". The Mūrmuiža battle t... Read more 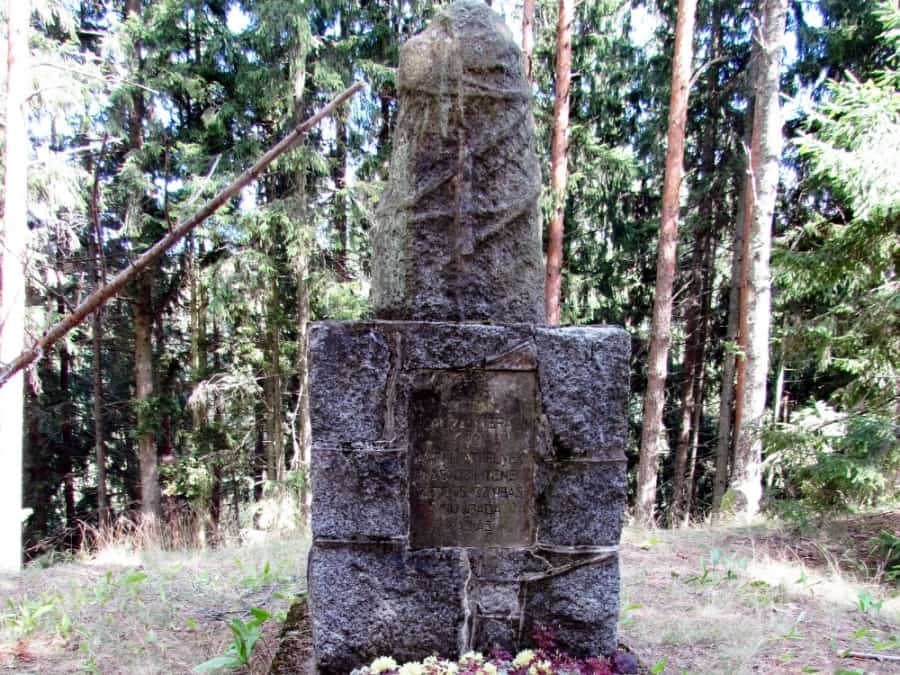 Krāču Hills (Krāču Kalni) are one of the biggest dunes of the ancient Littorina Sea. The highest part of this mound is situated 29 m above the sea level and 26 m above the surrounding plains. The Littorina Sea was the predecessor of the current Baltic Sea; it existed about 7000 – 5000 years ago. Th... Read more 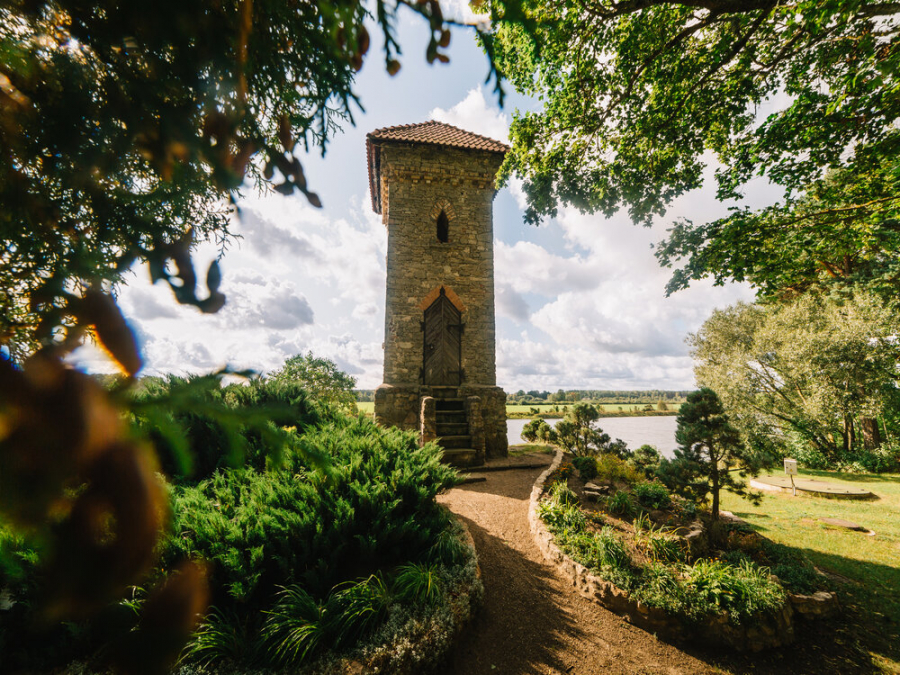 The tower stands at the bank of river Lielupe; next to the current Tetele Elementary School, in the former Tetelminde or Tetele Manor Park. After restoration, at the beginning of the 1990s, it acquired a tiled roof. In 1998, it was included in the National Heritage List as Tetele Manor Tower with an... Read more 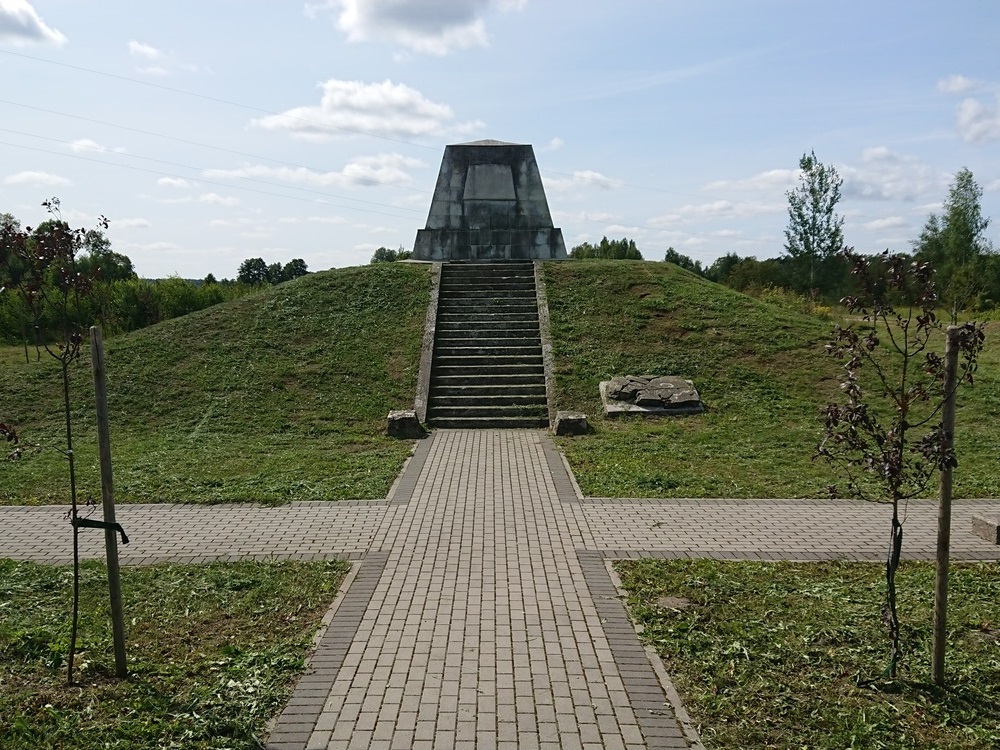 The monument is dedicated to 14 cadets of Latvia Military school killed in the fights against the Bermontians in November of 1919. The monument, which was designed by the artist Jānis Borkovskis in the shape of a pyramid covered with travertine plates, was unveiled on May 29, 1935 by Marģerts Skuje... Read more 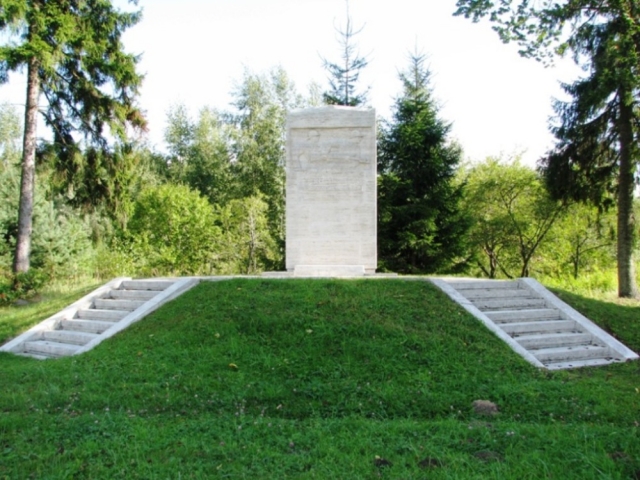 Monument to the 6th Infantry Regiment of Riga

On November 17, 1919, a battle with the Bermondites took place at the former Skuju Elementary School, in which the 6th infantry regiment lost 16 soldiers. In 1922, Colonel Mucenieks installed a 3.5-meter-high wooden obelisk with the names of the 16 soldiers by the higway between Jelgava-Riga next to... Read more