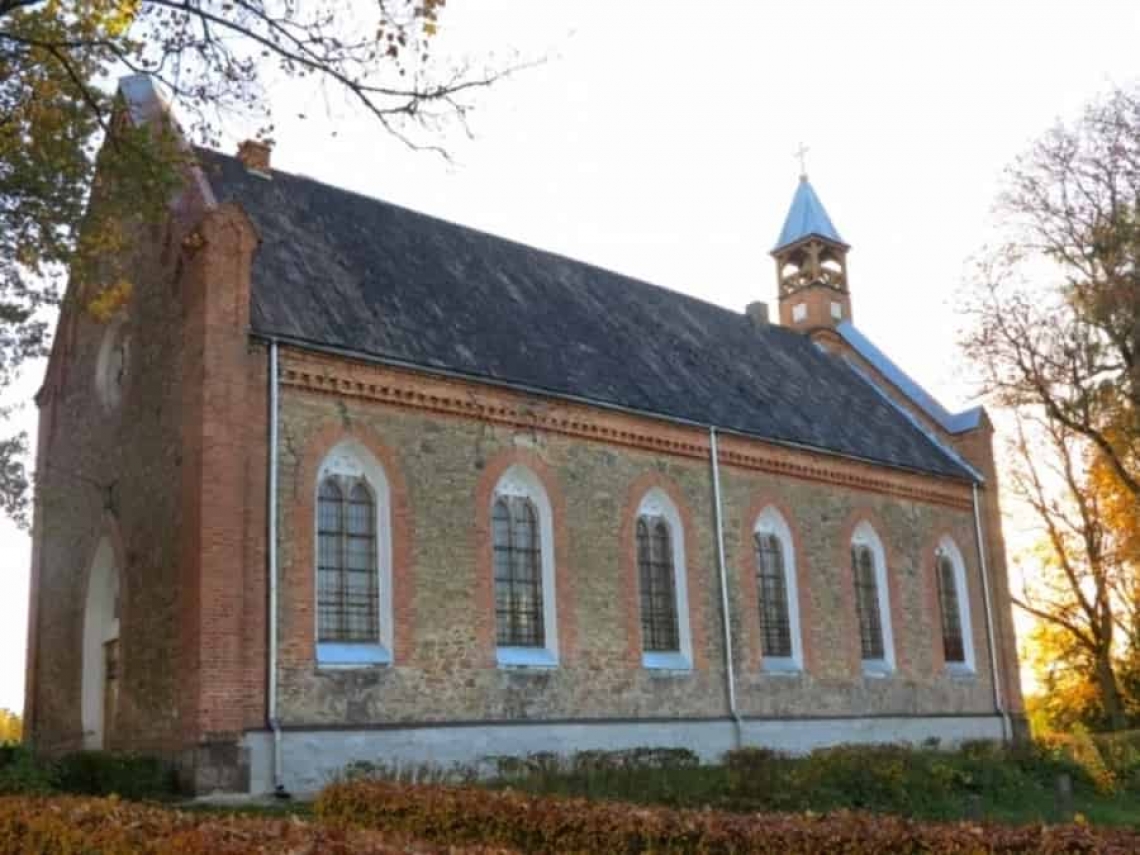 In 1869, by the design of the Russian governor's architect Nikolay Gusevich, a stone church was constructed in Dalbe with a tower on a pediment. The bell of the tower was cast in 1927. The church was built from torn rocks, and is one of the most remarkable examples of late 19th-century neo-gothic style in Zemgale. There are gothic rose windows, masverk ornamentation, cymbals and other neo-gothic elements. The church has remained unharmed throughout history, however four prior wooden churches have not. The altar painting Bless the Children of Christ by August Annus was consecrated in 1926. Above the entrance there is an organ louver supported by massive square boulders. The organ was made by Friedrich Veisenborn in 1870. The sacristy is decorated by a large painting The last supper, donated by the late churchwarden A. Freimanis in 1975. There are three volumes of church books preserved until nowadays, for the period from 1717 to 1847. They provide information about church pastors, names of donors, births, weddings, etc.

This email address is being protected from spambots. You need JavaScript enabled to view it.
Working hours - please call