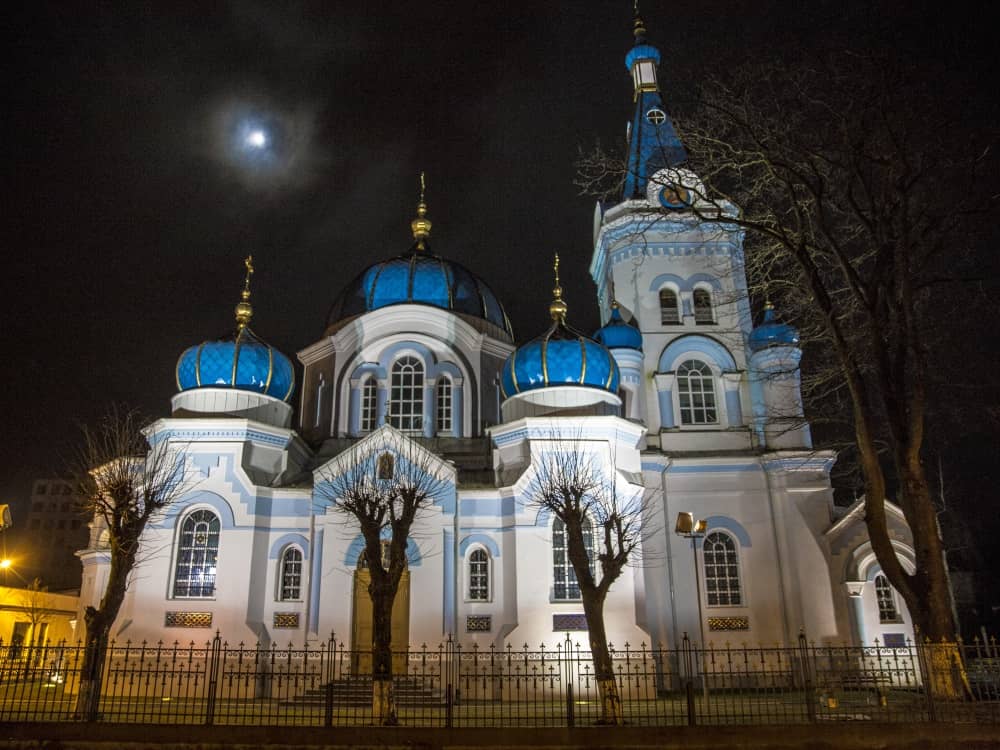 prev
next
View the embedded image gallery online at:
https://visit.jelgava.lv/en/sightseeing/churches-and-cloisters/item/91-sv-simeona-un-sv-annas-pareizticigo-katedrale#sigProIdc80263a7f2

St. Simeon’s and St. Anna’s Orthodox Cathedral was designed by architect N.Chagin and built during 1890-1892, with the financial support of Russian Czar Alexander III. The altar and foundation remained from the previous church which was built in 1774 according to the design of the architect F.B.Rastrelli.

The cathedral suffered heavily during World War II and also during the Soviet time. When Latvia regained its independence, the church was returned to its Orthodox congregation and the reconstruction was performed (1993-2003). There are nine bells in the bell-tower; the biggest bell weighs 830 kg.

There are regular services in the cathedral and also a library for spiritual literature.

back to top
Jelgava, Raiņa iela 5