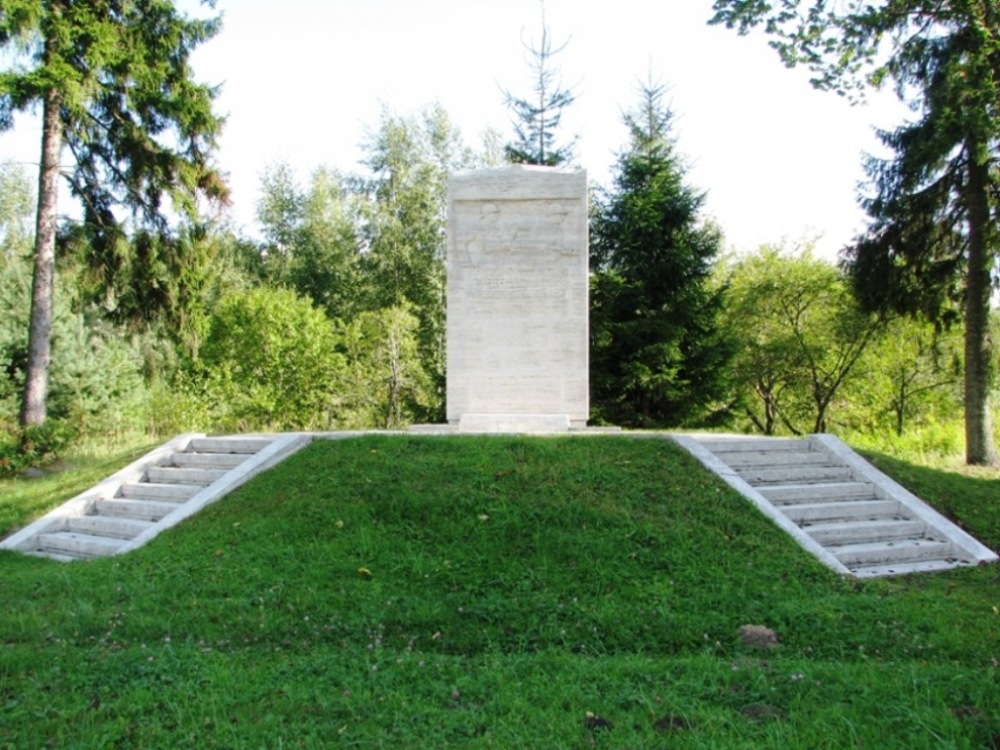 Monument to the 6th Infantry Regiment of Riga

On November 17, 1919, a battle with the Bermondites took place at the former Skuju Elementary School, in which the 6th infantry regiment lost 16 soldiers. In 1922, Colonel Mucenieks installed a 3.5-meter-high wooden obelisk with the names of the 16 soldiers by the higway between Jelgava-Riga next to Skuju School.

On October 24, 1937, a new monument was created by Nikolajs Voits, and the bas-relief by the sculptor Mārtiņš Šmalcs, according to the instructions of his teacher - Professor Kārlis  Zāle. In 2009, the monument was restored with the support of the Municipality of Ozolnieki and the Cultural Capital Foundation.