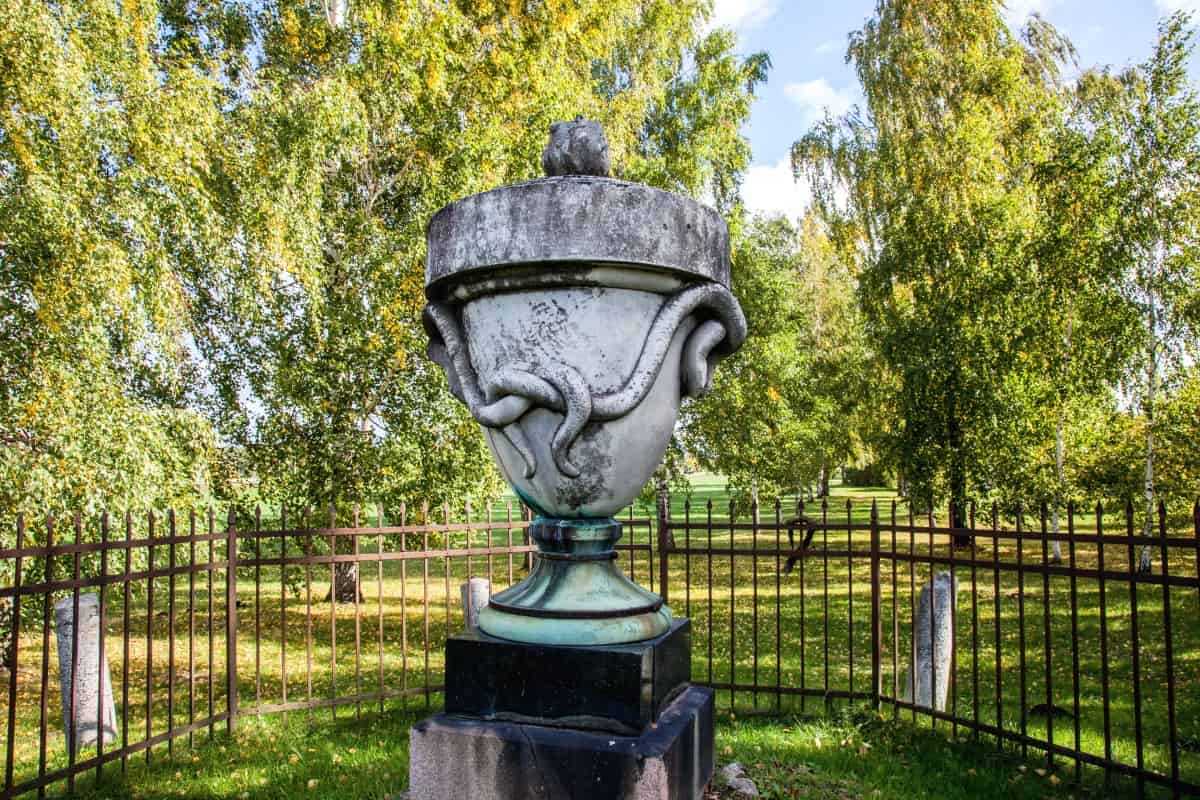 prev
next
View the embedded image gallery online at:
https://visit.jelgava.lv/en/sightseeing/monuments-and-memorial-sites/item/93-milestibas-aleja#sigProIda14d0e9588

This place is bound by a legend about two friends, who lived in the 18th century – Tetch and Shvander, Courland-Zemgale Duke advisors. This alley was their favourite walking place. Both of them fell in love with the same girl, but for the sake of their friendship, they rejected their love and remained bachelors, while the girl married someone else. Shvander and Tech paid her a huge dowry. The friends continued to care about the young couples even after their deaths. They left all their property to Jelgava craft guild, which was supposed to pay the dowry for the first craftsman's daughter to get married the next year. The new couple should get married in the church and plant a birch tree at the alley. The two friends were buried on the opposite sides of the alley, each having a monument.  However, only one monument has survived – the Vase of Tetch.