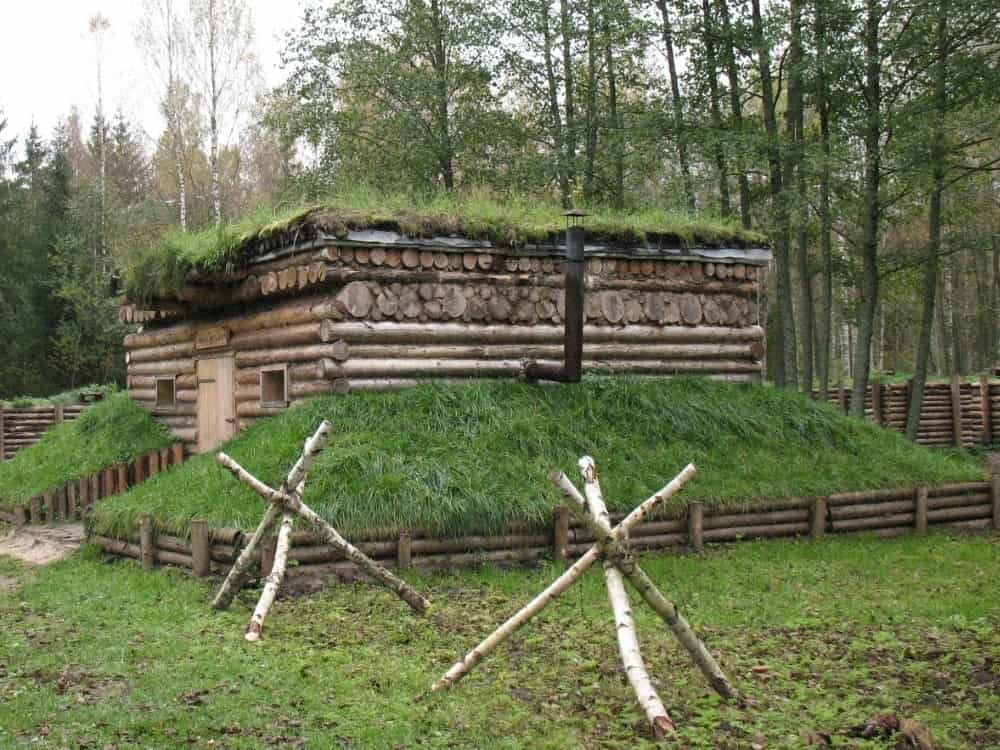 prev
next
View the embedded image gallery online at:
https://visit.jelgava.lv/en/sightseeing/muzeji-un-ekspozicijas/item/135-ziemassvetku-kauju-muzejs#sigProId2030368402

The Christmas Battle Museum - the branch of Latvian War Museum is located in the former farm Mangaļi in Valgunde parish, Jelgava County. The Museum was established in 2005 to inform people about legendary Christmas Battles and battle sites. In the museum territory you can see the field fortification system elements used during the Christmas Battle of the World War I.

Year 2015 marks 100 years since formation of the Latvian Riflemen battalions and their first battles. To commemorate these events, the branch of the Latvian War Museum, Christmas Battle Museum, is offering an open-air exhibition 100th anniversary of the Latvian Riflemen Battalions.
In addition, an exploratory trail of 7.2 km is presented which was established in the sites of the Christmas battles in collaboration with Latvian State Forests. The trail will start and end at the Christmas Battle Museum, Jelgava County, Valgunde parish, Mangaļi; the route is planned along the attack road of the 1st Latvian Riflemen Brigade on January 5, 1917. The trail route offers interesting objects which have survived to the present day, and it will allow the visitors to learn about the uniqueness of Christmas battle site preservation. There are informative boards on the trail in 13 places providing information about the objects. These information boards allow the general public to get to know the historical evidence (remains of fortification buildings, historical engineering buildings, and accurate locations of historical events), which until now often remained inaccessible in informative and practical terms.

From January 1 to April 30, the Museum is closed on Sundays and Mondays, but the Outdoor exposition is open every day from 10 a.m. till 4 p.m.

* To view indoor exhibition outside the opening hours on Monday and Sunday, please contact us and arrange the visit.