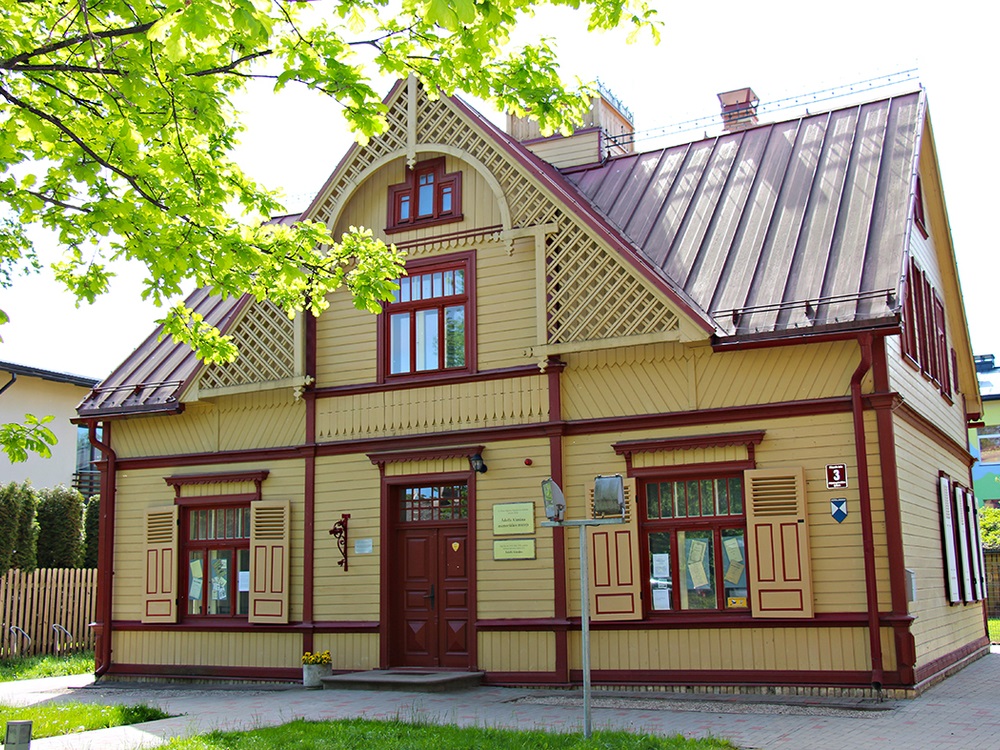 prev
next
View the embedded image gallery online at:
https://visit.jelgava.lv/en/sightseeing/muzeji-un-ekspozicijas/item/78-adolfa-alunana-memorialais-muzejs#sigProId211ceedb05

This is a memorial house of Ādolfs Alunāns - the Father of Latvian theatre, where he lived from 1910 - 1912 and his family until 1926. Thanks to his grandson Ādolfs Švānbergs there are now more than a thousand original items in the museum which remind of the 20th century romance and maintains the aura created by Ādolfs Alunāns.

Ādolfs Alunāns is the founder of Latvian theatre, the first professional actor, director, playwright, publicist, writer of couplets and already during the lifetime was called the Father of Theatre. From 1870 till 1885 Alunāns managed the Riga Latvian Society Theatre. He educated the first generation of Latvian actors and spectators, laid the foundations of performance, created the first repertoire. From 1896 till 1904 the Ādolfs Alunāns theatre was perfoming in Jelgava.

Here the Alunāns family rented the second floor of the building, which houses the memorial apartment of the Father of theatre. In May 2011, after significant improvement, the renovated museum has opened its door to visitors, allowing to see the restored building and its modernized interactive exhibition.


Educational programme in the museum

Movie (excursion of memorial rooms) for disabled people in Latvian with subtitles in Russian, English and German.

back to top
Jelgava, Filozofu iela 3