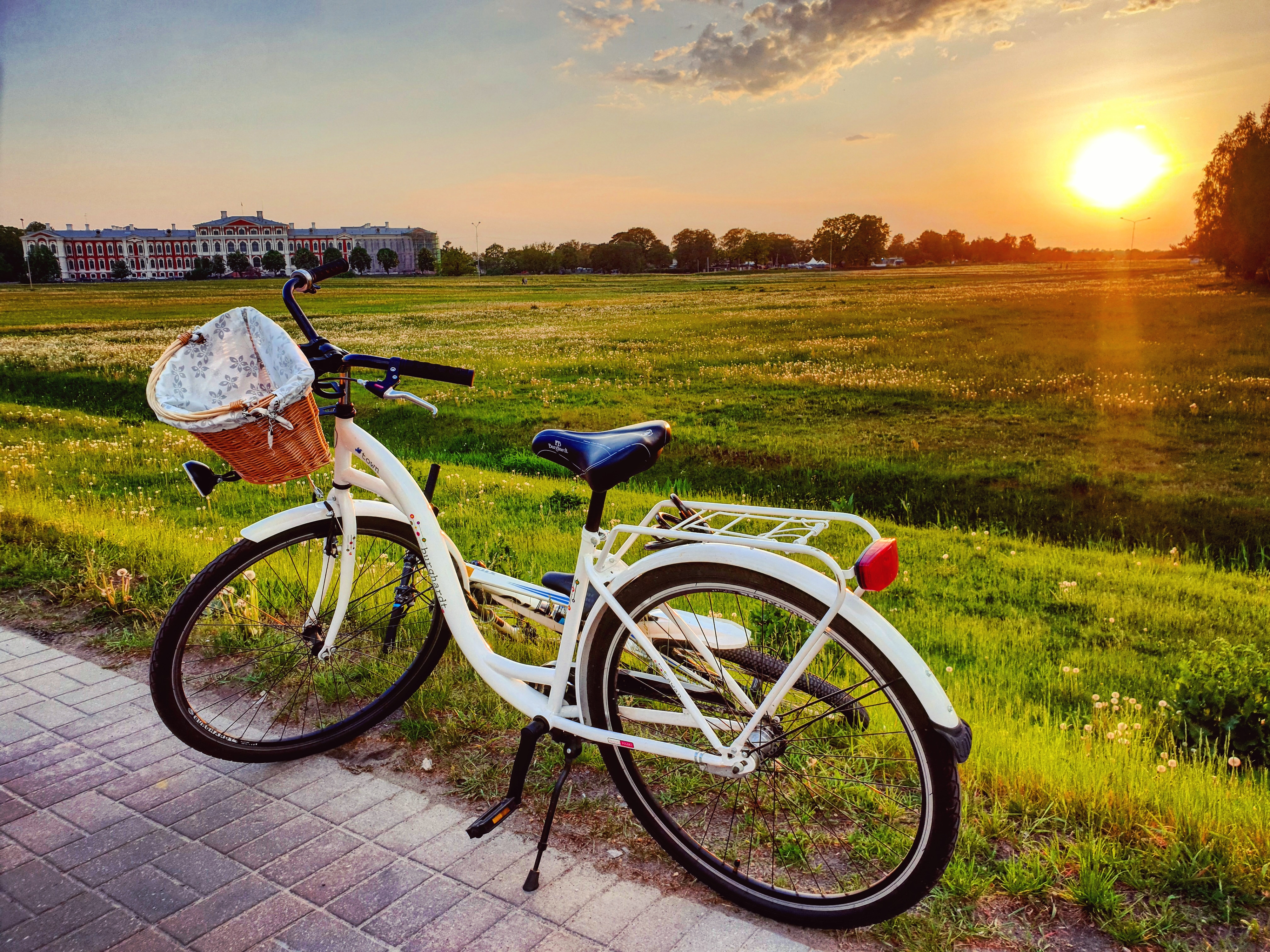 10 different bicycle routes around Jelgava and its surrounding area are available in the map and the guide. Both of these booklets will be a good assistant for cyclists, because they bring together practical information on routes and about sightseeing, accommodation and catering companies. Two routes lead around Jelgava city, while the other 8 - around the near and far surroundings. The regional routes which lead through Jelgava - No. 407 Manors and landscapes of Semigallia and No. 418 Great Semigallia circle are marked in nature.

Route No. 419 - Along the Banks of Iecava, Misa and Through the Dalbe Forests

The starting and ending point of the route is in Ozolnieki, near the Ozolnieki County Council, Stadiona iela 10. Since the route is circular, you can start it from Ozolnieki railway station or any other point convenient for you. The route is marked, with a total length of about 28 km and is suitable for cyclists interested in relatively short sports rides, as well as for families with children. It can be combined with Route No. 420 Ozolnieki.

Circular route returning to the starting point - Ozolnieki railway station. Ozolnieki can be easily reached by train from Riga and Jelgava. Private transport can be used to transport the bicycle to the starting point. From Ozolnieki, you can take the bike path to the remote centre of Jelgava located 6 km away. The route is suitable for cyclists who are interested in short recreational rides in the urban environment, getting to know Ozolnieki - former village for land improvement specialists. The total length of the route is 7 km, along pedestrian and bike paths.
Can be combined with Route No. 419 Along the Banks of Iecava, Misa and Through the Dalbe Forests.

Ozolnieki–Brankas–Garoza–Tetele–Ozolnieki
The route is circular, with Ozolnieki railway station being the starting and ending point of the route. The route is marked, and the total length of the route is 34 km. It is suitable for cyclists who are interested in relatively short sports rides oriented at studying the local history, since the route includes interesting cultural and historical objects. It can be combined with Route No. 416 Following the Tracks of the First President of Latvia.

Emburga–Renceles–Emburga
The circular route starts and ends in the centre of Emburga, at the Salgale Parish Administration, and is suitable for cyclists who are interested in relatively short sports rides oriented at studying the local history and seeing interesting cultural and historical objects. The route is marked, with the total length of 19 km, and it leads mainly through agricultural landscapes characteristic of the Zemgale Plain. It starts in the centre of Emburga, and for a short time leads along the right bank of the Lielupe River. Then it turns “inland”, winding through Renceles and passing many farmsteads of Zemgale before returning to the starting point.

You can get printed versions of maps and brochures in Jelgava Regional Tourism Centre (Akadēmijas iela 1, Jelgava).