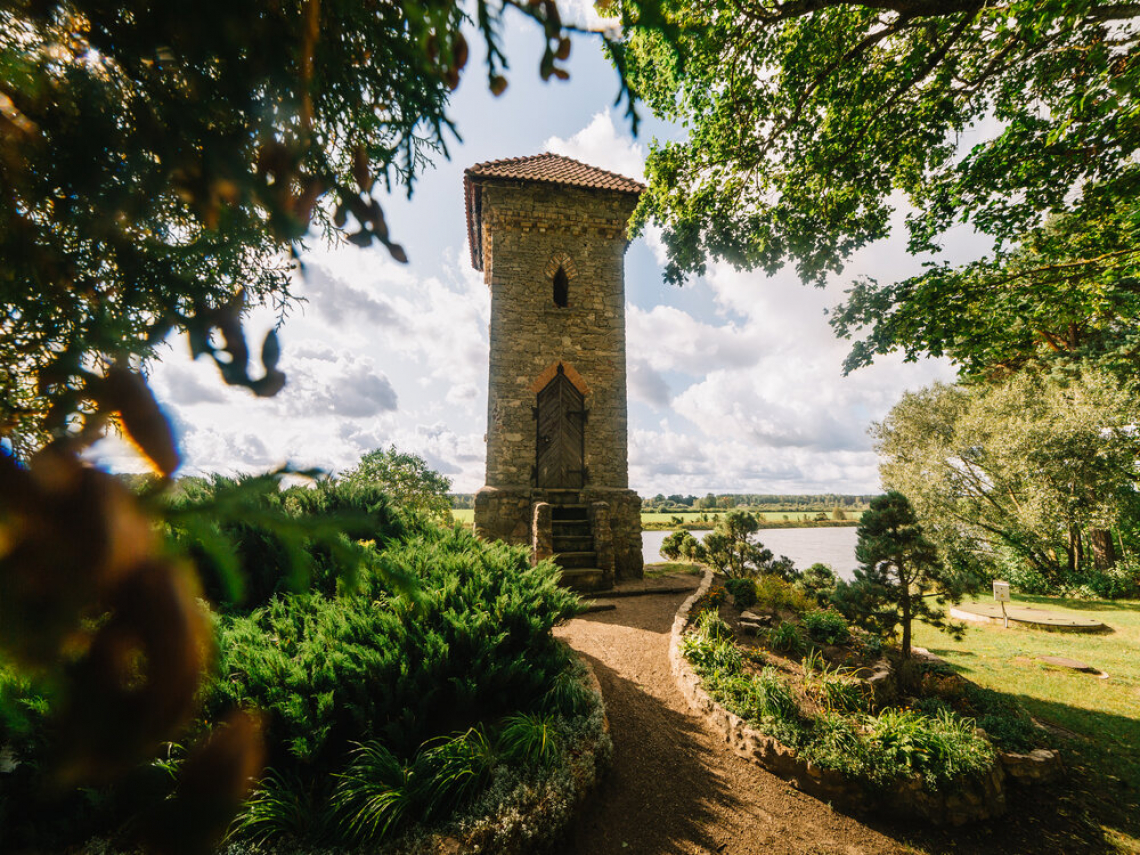 The tower stands at the bank of river Lielupe; next to the current Tetele Elementary School, in the former Tetelminde or Tetele Manor Park. After restoration, at the beginning of the 1990s, it acquired a tiled roof. In 1998, it was included in the National Heritage List as Tetele Manor Tower with an approximate date of 1840.

The watchtower was built to resemble castle ruins in the second half of the 19th century.  It is the last evidence of architecture of the former Tetelminde Manor, which was destroyed during the freedom fights. Currently, the tower is a sightseeing site.