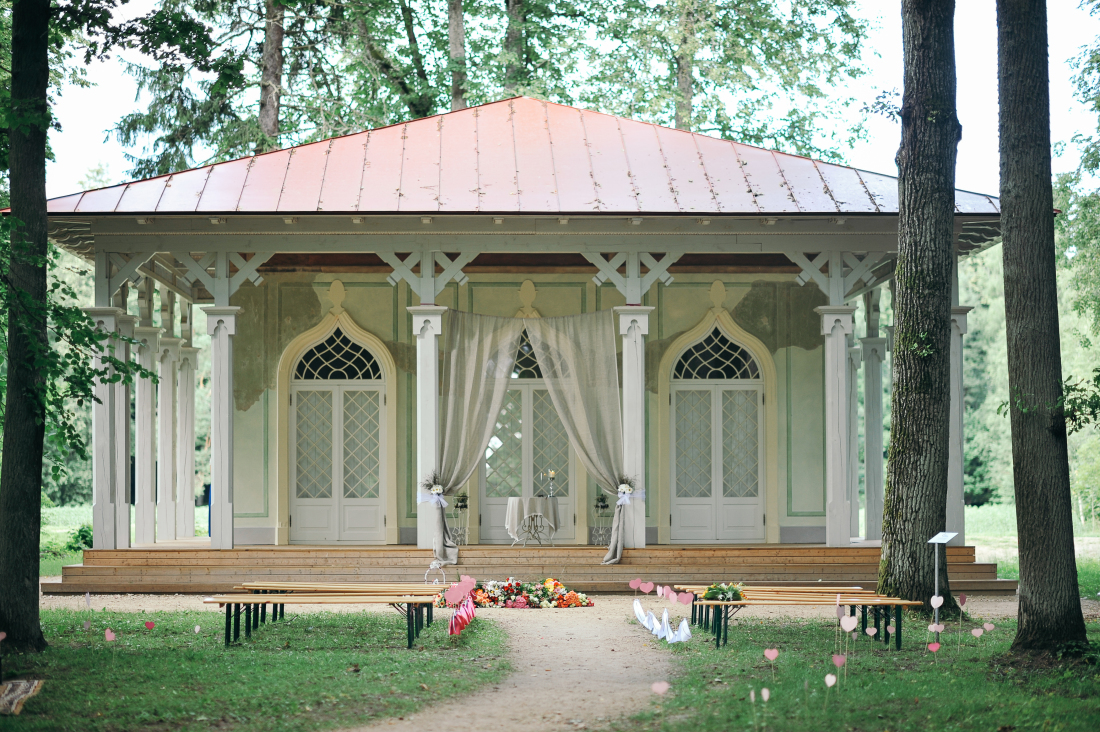 prev
next
View the embedded image gallery online at:
https://visit.jelgava.lv/en/sightseeing/castles-and-manors/item/149-elejas-muizas-parks-un-tejas-namins#sigProIdbd2c7d1876

The manor complex was designed in the beginning of the 19th century in the style of the Classicism after the order of Duke Christoph Johann Friedrich von Medem. It its days it was a magnificent building with exquisite interior style. The buildings were destroyed during World War I in 1915.

Nowadays, we can see the Tea House, the graveyard of barons and a bridge (built in 1910) leading to it, which have been preserved. The manor park is fenced off from the road by the stone fence with arcades. The Tea House was reborn with the fence following reconstruction in 2015.

Historical paths have been restored in the park, a bridge has been built across the ditch to the peninsula and two new interactive objects, which could be interesting for the visitors, have been created: the sculpture Love by the sculptor Gļebs Panteļejevs, which is best revealed in all its charm in the late evening hours, and the environmental object Conversation, which allows people to talk, while standing each on their own bank of the water reservoir. The Tea house hosts wedding ceremonies, while the tourist groups are offered tea.

After its renovation, Eleja Tea House is used as: