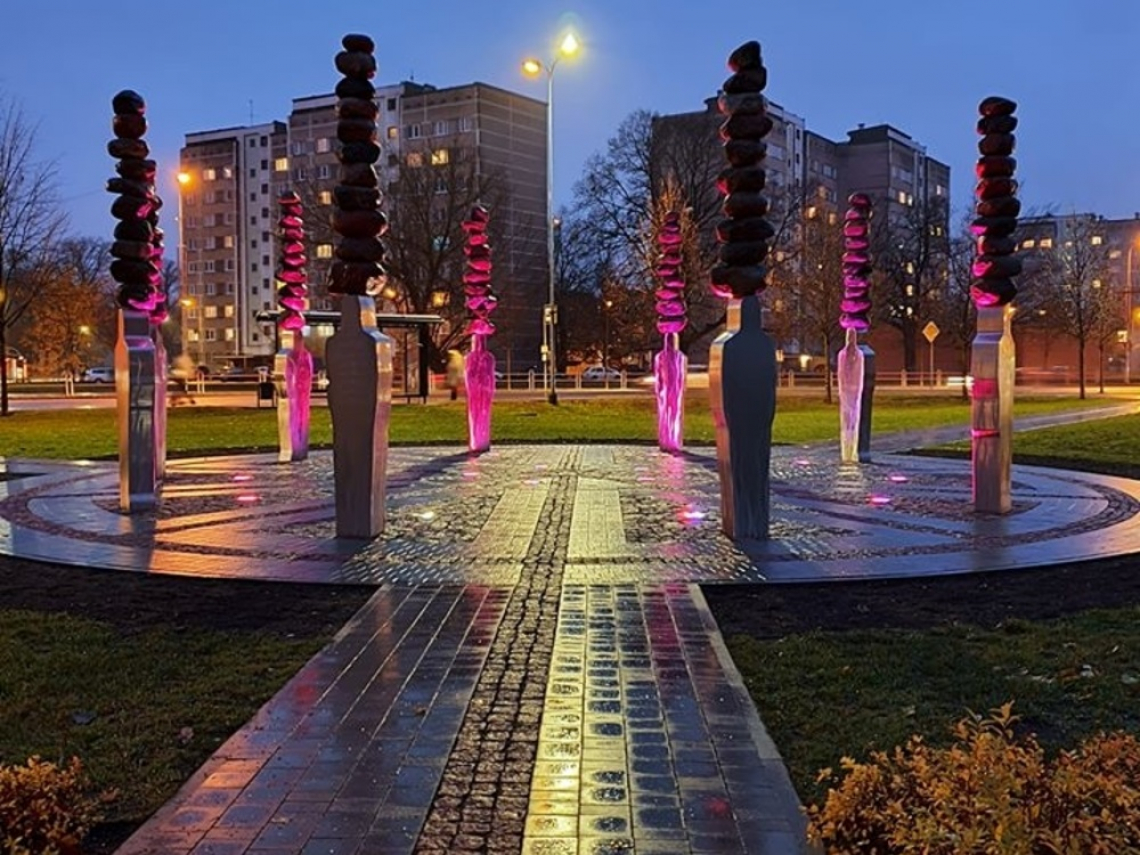 The environment object The Wheel of Time 100 ("Laika rats 100") created by the sculptor Kārlis Īle is dedicated to the centenary of the statehood of Latvia and was opened on 4 May 2018.

The visitors already like the object because it is both informative, revealing historical facts about Latvia and Jelgava, and interactive as well since it provides the option to make mirror selfies.

The object is located next to the Jelgava Old City street block with several buildings preserved since pre-war.

The environment object contains 10 stylised human statues set in a circle and symbolising the many people who have been involved in formation and development of the Latvian state.  Each of the statues supports 10 stones. A total of 100 stones are held symbolising the years of Latvian statehood. The most significant events of each decade in the context of Jelgava have been engraved on the human statues, on the other side of which everyone can see their own reflection; thus, underlining that the state is formed by each of us.

As the dark sets in, the object is lit in the colours of the Jelgava flag (blue and red) and of the sun.